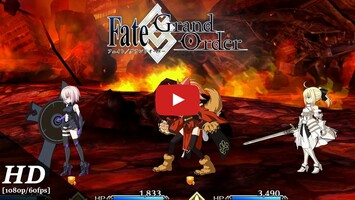 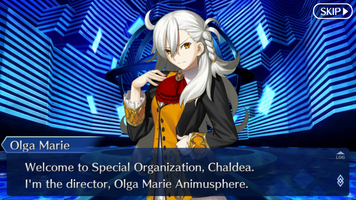 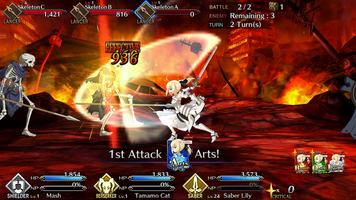 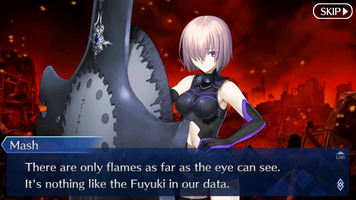 Advertisement
Fate/Grand Order is a JRPG framed within the popular visual novel reincarnated via some fairly competent franchising initiated by Fate/Stay Night. Rewind to 2015 where the plot takes you to the Chaldea Security Organization summit at which point it is discovered that all of human existence is in dire peril if no action is taken within the coming year. Scientists have managed to locate the cause of this epic catastrophe originated out of an anomaly spawned in the city of Fuyuki in late 2004. Your mission is to time travel with a group of special agents at your side to aid you in defying fate by stopping the very moment of origination; thereby saving the world.

Starting out you create your own special agent by picking out his gender and name. Throughout the numerous conversations you'll have during this game, you'll also be providing a certain sense of identity to your hero thanks to the option to switch between different set dialogs. Of course, you can always opt out and skip a couple of these little chats, but this is certainly not a recommended tactic or in your best interest. The plot line in Fate/Grand Order is one of its real strengths and it's well worth it to spend some time reading through them.

Lengthy conversations are not the only feature in Fate/Grand Order. Throughout this adventure you must also beat all the enemies as you encounter them which mostly means you'll be involved in some extremely head on turn-based battles. With over a dozen different 'servants' at your disposition to send out into combat, you're in charge of using each of their special attributes and skills as well as balancing their strong points and debilities without leaving aside each individual personality involved. Many of whom are old-timers present from the beginning of this saga.

Fate/Grand Order is an epic JRPG with a dramatic storyline underlying well laid out (some would say genius) tactical combat. All things considered, this is an outstanding game that delivers the same quality level after level. Obviously this entails extraordinary graphics and a tip top soundtrack on par with its excellent playability.
Reviewed by Andrés López Translated by Jessica
Advertisement

I can't download the version 2.5.0. The app doesn't let me download it, when are you going to fix it?

Is there the Italian version ??

could you put the newer version please 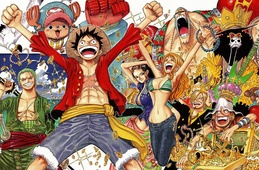 Nov 13th, 2017 The best Android games based on anime series

Genshin Impact
An open-world RPG with spectacular graphics
Brawl Stars
3-on-3 battles from the creators of Clash Royale and Clash of Clans
Fashion Empire
Manage luxury fashion boutiques in this game!
Vampire's Fall: Origins
Will you be the hero that the world needs?
Sword and Magic
Explore a spectacular fantasy world
League of Legends: Wild Rift
The MOBA king deploys its arsenal on Android
LifeAfter (Global)
Cling to life in a hostile world
Naruto: Slugfest
The official Naruto MMORPG